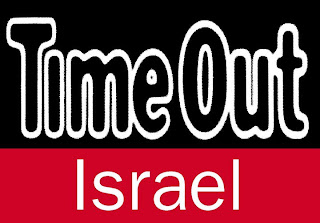 Musician, 32, single, lives in Tel-Aviv and New-York. Performs on thursday (3.5) at "Music And The White City Festival" on the "Bach-Electrified Tour".

Where are you from and when did you get to Tel-Aviv?

"I grew up in Kiryat-Ono.
I Arrived in Tel-Aviv two years ago after a year in Denmark and eight years in New-York, where I still spend parts of the year.
I have been living out of a suitcase tis whole time: from one tour to the next, and one day I woke up and felt  that I want to go home."

Where are we catching you?

"On my terrace. On the table are orchestral arrangements by Udi Berner to Chopin's Nocturnes, which we will perform next year." 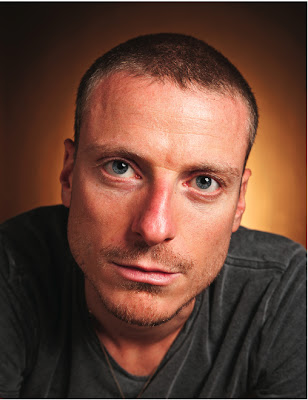 What makes you happy?
"The feeling that with all the difficulties I wouldn't change a thing."

"Double espresso without milk or sugar, at "Nehama Vahetzi".
I walk in, and instead of the menu they give me a kiss, instead of asking me what kind of coffee they ask how many cookies with it, I put it on my tab, which is just the amount of old-schoolnes I need"


With which Tel-Avivian would you happy to have a beer with at the local bar?

"Frishman beach, a kilometer west of the wave-breaker.
I discovered open-water swimming when I moved back here, and when I'm off tour I swim every day. In winter too."

Cookies. With almonds, no sugar.
Twice a year I travel to my family in a kibutz in the desert, and my aunt is a god-gifted baker.
In one week I eat her entire stock."

What is the best advice you ever got?

"My dad used to tell me the world belongs to people who make their dreams come true no matter what.
I don't know if he is right, but I'll kill myself finding out."

"Coffee with friends. a tradition."

Which super-power you wished you had?

"To let go of the ego forever. To play acoustic guitar for few people, to dress-up only for the holidays,
to speak only from my heart."

"Matters of the heart - Albums and books.
From a new interpretation of Mahler's 1st to rare, out-of-print Coltrane,
from neo-physics books to russian novels, with a weakness for autobiographies -
from Madeline Albright to Keith Richards.
Music and literature are a window into the human soul, and if you read between the lines you can hear
everything people will never tell you about themselves."

Where do you let go?

"On stage, with maximum catharsis in small clubs of 80-100 people."

Who do you consider the sexiest person in town?

"Animator Nadav Nevo, my partner on a project for "HBO".
He is an impossible and almost absurd mixture of endless sensitivity and the looks of Apollo,
in a sea of wisdom which never ceases to surprises me."

To what are you looking forward the most?

"The concert at the festival this week.
We have toured across the country this march on the "Bach-Electrified Tour" from the Haifa auditorium to first grade school-kids in the south.
We performed for the sophysticated Tel-Aviv audience and to Israeli-Defence Force veterans."

What do you miss?

"The days I toured across the US with my trio in an old, beat-up 70's chevy van.
The music was complicated and the dreams simple."

"I'd like a fast metabolism.
People who eat pizza and chocolate without a care in the world are doing so while pointing a middle finger in my face."

What is your regret?

"That I didn't flew to Paris earlier to tell someone I'm hers forever and that the rest is bullshit.
By the time I woke up it was too late."

"The day my parents die.
I know no matter how high I fly, if I fall there's someone there to catch me,
and I feel that I don't give an ounce of what they have given me in return."

Who is the musician who had the most influence on you?

"My dad. In more ways than I realize.
When I moved to New-York I drowned myself in a sea of classical music,
later realizing it was out of longing for my dad."


1. "A Love Supereme" by John Coltrane
"There is a point of alchemy where music ceases to be notes and emotions and becomes a mirror of life itself."

2. Julie
"A blue-collar restaurant egyptian restaurant in the yemenite market.
Food like my grandma used to make.
Mama Julie gives expert romantic advice, and if I come late enough and the place is empty,
I take out my acoustic, and on a Bach sonata Julie sings in arabic about life.
Without understanding a word I feel everything."

3. "The Master And Margarita" by Mikhail Bulgakov
"Because my grandfather was russian, and he raised me on an impossible mixture of tragedy, brilliant and blatant humor, simple food and words of love."

4. "Californication"
"The slippery beauty that bridges self-destruction and the feeling that tomorrow will be better.
I guess that is hope."

5. The Israel Philharmonic Orchestra
"Back in kindergarden, when I was sick, my dad would take me with him to rehearsals.
I'd create a mess and vocal my opinion on the playing and performance.
Zubin was patient with me. I grew up on the knees of the orchestra members, listening to concerts instead of bedtime stories."
Posted by Dekel Bor at 05:16